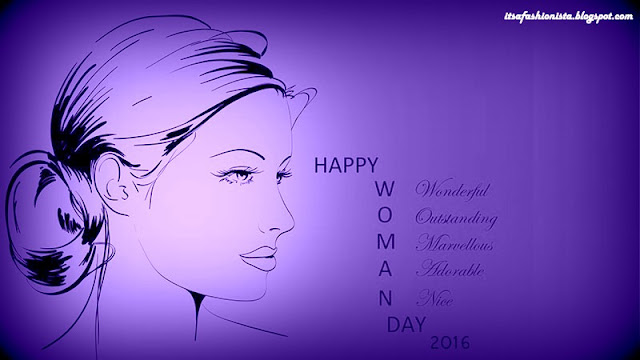 Happy ‪#‎InternationalWomensDay‬. This day is celebrated for the empowernment of women in the society. Woman is the beautiful creature of God. Her role in the society can never be compared. Sometimes she is the Mother, sometimes a Sister, a wife, a boss, a daughter and she is unparalled.


Our society from its early days has considered women as the subordinate of men whose whole life is spent in showering upon others. From being a girl to the mother, she had to make sacrifices at every stage of life. The role of women in the society has been greatly overseen in the last few decades but now are coming to a more perpective to people. The traditional woman has evolved to prove herself equal im may professions as well as proved better suited than men in others. Since, contemporary Indian society has been exposed to massive social transformation, technological advancement, rapid globalization and industrial growth, women have made vast improvements in their lifestyles in the past few decades from not just holding positions in governments to simple things like getting a job and supporting themselves. The role of women is changing and improving very fast.

However, when the society had just leaked out of things like dowry and female foeticide, few things like indian women's dressing has become higly inflicted issue backed by unfortunate judgements. Society need to elevate itself from this minor issue.

Man and women need to work together with equal stature to pave into a progressive environment which lays down the base-stone of sustainable developement.

Always remember,  man and woman are the two wheels of the same carriage. So let's keep the vehicular life marching towards growth and good wiliness.

On IWD'16, I pledge to influence and strengthen the female community and introduce a positive change. A change in lifestyle, way of thinking and how people change with them & make a difference. Will motivate them to be more vocal about their oppression, their rights.

I worte a simple hindi poem for this International Women's day.

Happy lohri all of you :) hope you all are celebrating this festival with great charm :)

My post is basically on "The Brand BIBA is Celebrating the #ChangeIsBeautiful". It is an inspiring ad from BIBA typical for Arrange marriages in India. It highlights the gender equality in this era.

Gender descrimination continues to be enormous within India. And if we see the traditional trends, women are only for household things which affects their education, health, financial status.

Only 56% of women are educated compared to 76% of men in India. This brings non-equality in the Indian Society. We as women atleast respect to each other so that our generation grows more n more and there will be an equal figure of educated women in India.

As i feel personally, Our society do not accept the "The daughter" and her rights. They always see their daughter "The other person's" wife, daughter-in-law and So they make us understand the duties and resposibilities of " The wife", "The mother", "The daughter-in-law".

Simply we should understand the fact that we are all human beings and there is a term "individuality" which also belongs to us. 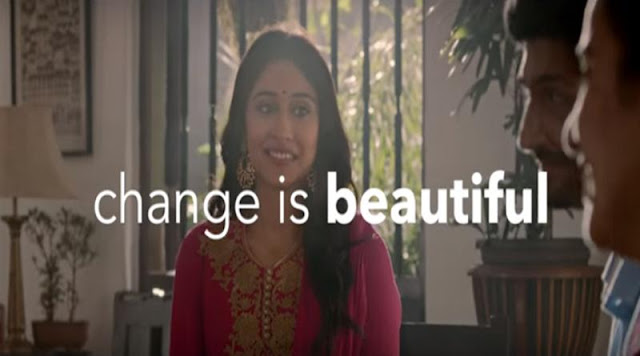 The BIBA's add compaign "TheChangeIsBeautiful" is basically depicting the equal rights for "HER".
BIBA is always a favourite when it come to celebrate the ethinic.

watch the whole Story through the video :)video depicts the Change is beautiful in wonderful n ethnic way :)

be friend with fashionista :)